The Workshop will be held in the campus of Far Eastern Federal University (FEFU), located in a picturesque place of the Russky Island, on the shore of Ajax Bay, Vladivostok, Russia.

FEFU is the largest university in the Russian Far East. It incorporates Schools with generations-old traditions and areas of research that form the core of its intellectual base. One of the FEFU’s advantages is its close proximity to major countries of the Asia Pacific region, which is now one of the most dynamically developing parts of the world.

Vladivostok is a port city on the coast of the Sea of Japan, Russia's gateway to the Asia-Pacific region. It is located on the coast of the Sea of Japan on the Muravyov-Amursky Peninsula. The city is situated on picturesque hills along the shores of the "Zolotoy Rog" (which means "Golden Horn") Bay, which is an excellent place for mooring ships, commercial and fishing ports, and shipbuilding enterprises. The city has a lot to do with the sea and the fleet. Vladivostok literally lives by the sea and everything that connects with it.

Two unique bridges were opened in Vladivostok. "Russky" bridge, leading from the mainland to Russky Island, is the largest in the world in terms of span. "Zolotoy" bridge located in the central part of Vladivostok and connected the shores of the Golden Horn Bay, has unique pylons in the form of the letter "V". 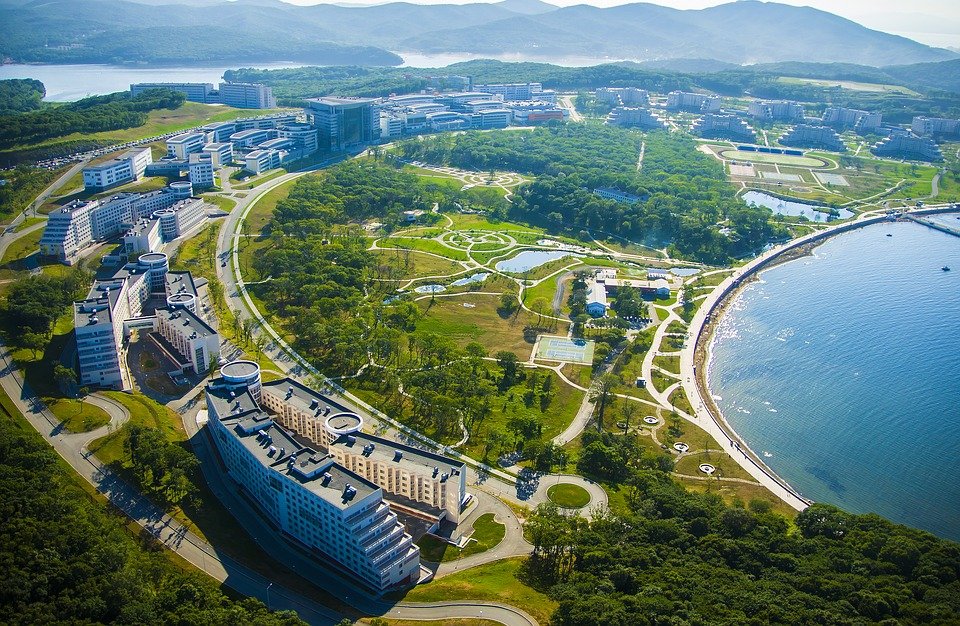 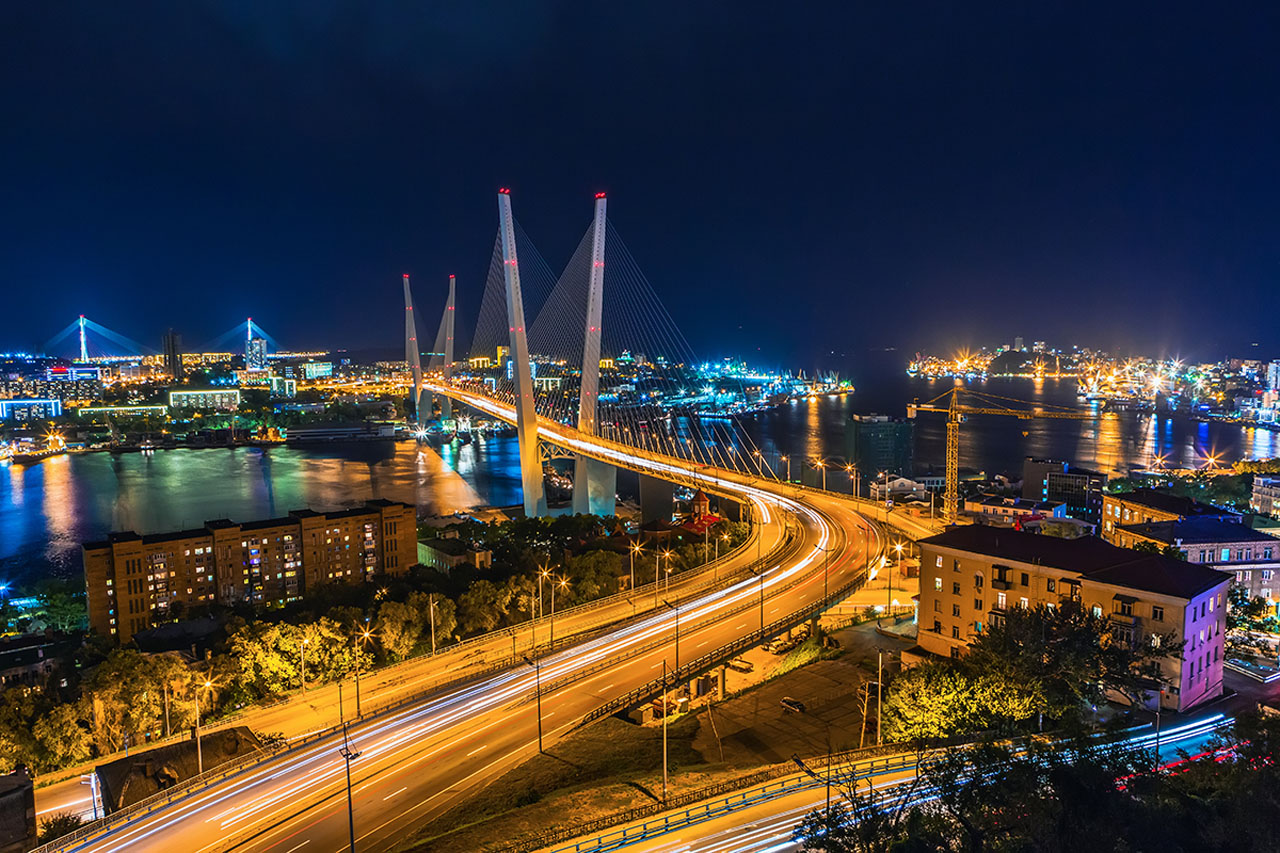 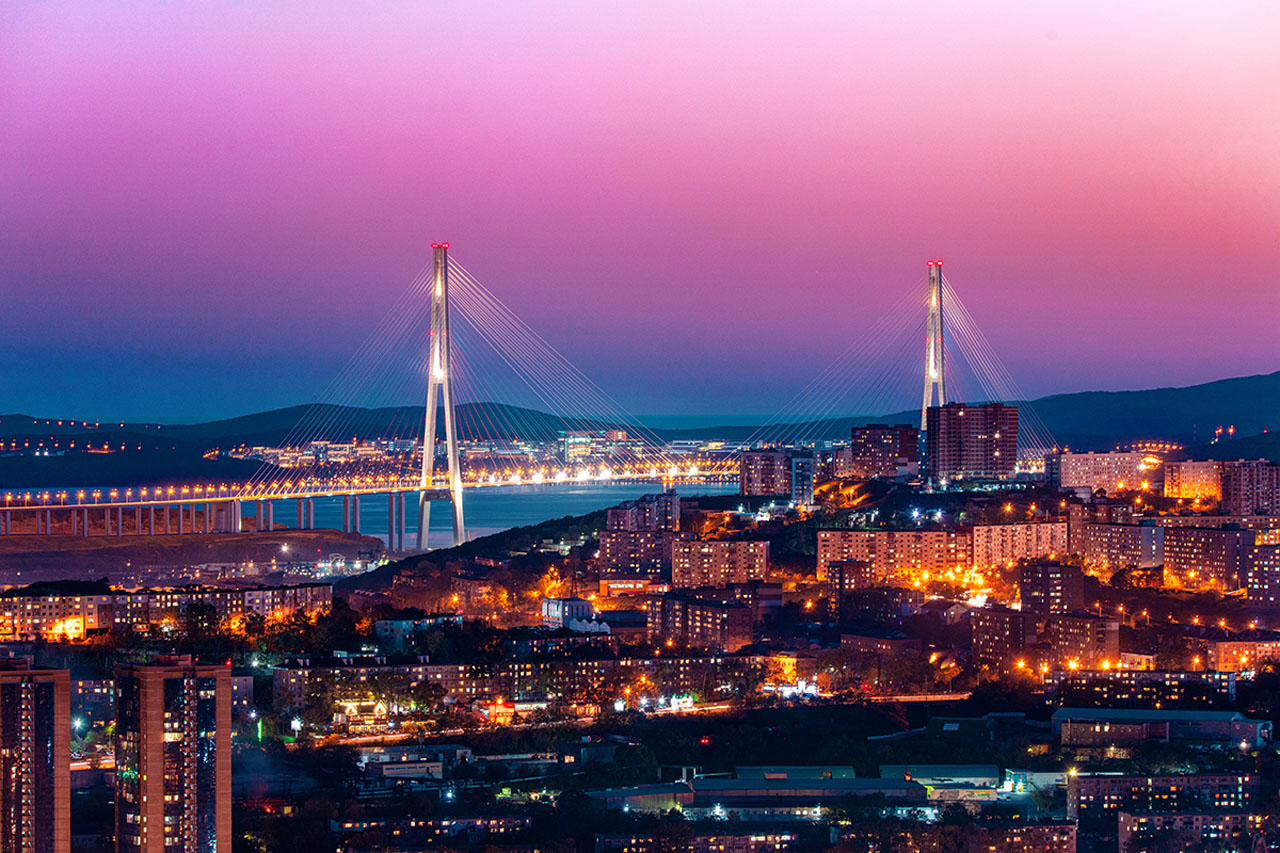